How storage solutions can help to preserve the past

As a provider of secure and efficient storage solutions, we’re often lucky enough to work with historic documents, artworks and artefacts. From ancient archaeology to collections of flora and fauna, we’ve helped not just to create archive storage solutions for museums and other installations, but also to preserve them for future generations.

Preservation can be a complex art, with techniques varying depending on the nature and age of the objects in question. Read on for a little more context on the art of preservation, and a few of the things we have to be mindful of when storing fragile and vulnerable items for clients.

A piece of paper or parchment is fragile if mistreated, but properly stored, it can outlast any modern digital media. A well maintained book or other document can last for hundreds, if not thousands of years. We still have numerous complete books from well over 1000 years ago, while the oldest surviving documents (largely printed on gold) are over 2500 years old. We haven’t dealt with anything quite that precious, but many of the same principles apply.

The reasons for preserving these items vary. Preserving documents may be a legal requirement, as in the case of deeds and records. Other times there is a scientific or cultural interest, such as in the storage of fossils or artworks. Preserving these pieces allows them to be studied further, as well as displayed and admired by future generations. This can be a particular challenge with paintings, where the composition of the paint can cause natural degradation and discolouration over time.

Sometimes the object is symbolic as well as historical, such as the 13th century copies of the Magna Carta, or the United States’ founding documents, like the Constitution and the Declaration of Independence. In the latter case, hundreds of thousands of dollars have been spent to contain the documents in an environment where they can continue to be enjoyed by and inspire visitors (and cannot be stolen by Nicolas Cage). Having previously spent 100 years travelling the country, the Declaration is now severely faded.

Other famous texts show the costs of poor preservation. We all know about the loss of the Library of Alexandria, but few have heard of the Cotton Library fire. This collection of medieval and ancient manuscripts, collected from monasteries across England by an enterprising lord, suffered a disastrous fire in the 18th century. A quarter of the collection was lost, including a number of entirely unique texts, and badly damaging the only surviving copy of Beowulf. Other famous disasters include the 1937 Fox vault fire, which destroyed dozens of silent movies.

For some people, the most impressive aspect of documents and artefacts isn’t their age or history, but their value. Whether you’re dealing with objects of genuine historical import or deeds and declarations, it’s as important to protect them from intrusion and illegal access as it is to shield them from the elements. As a result, we’ve developed secure document storage solutions throughout our line of products to keep these items safe.

Traditional, front facing shelving units offer little protection against unauthorised entry. Items are either immediately available on the shelves, or secured behind individual doors, which are highly prone to being left unlocked or having their mechanisms overridden. By contrast, our mobile shelving is designed in such a way to prevent access to an entire storage unit.

By using a ‘concertina’ mechanism, a number of shelves can be pushed together and rolled apart at the user’s discretion. A single locking mechanism secures the entire unit by default, making it harder to target a specific item and easier to remember to engage the lock. The materials used are resilient and durable, and have been deployed in secure storage solutions for pharmaceutical companies, laboratories and airlines.

This isn’t just useful for keeping out people – it also keeps out pests. For institutions which receive and store a substantial quantity of objects, such as museums, it’s easy for pests, vermin and other animals to make their way into a storage facility. Where objects on static shelves would be vulnerable, mobile shelving seals the units off entirely, preventing any damage from nesting or nibbling critters.

While things may last forever in the ether of the internet, they vary rarely stay in one place for long. We think of data as being permanent and documents fragile – yet any form of physical media has a shelf life. Some older forms of digital document storage, like floppy disks, degrade after little more than a decade. Hard disks in active use can last only a few years, and file formats can become deprecated. Who knows if we’ll still be able to read JPEG files in a hundred years’ time?

There are four crucial factors in the preservation of fragile documents and artefacts: light, heat, humidity and air quality. In cases where objects need to be kept visible for display or identification, special glass can be used to block out harmful wavelengths of light, which can cause discolouration and other damage. Heat accelerates chemical reactions which can cause objects to degrade, so a cool temperature must be maintained in delicate cases. This often requires the use of tactically positioned and well-maintained vents, as well as fan and climate control in some instances.

Humidity is also important, and is often an extremely delicate balance to strike. A space which is too humid could cause mould and bacterial growth; a space which is too dry could cause objects to become more fragile. Parchment and older paper for example requires a certain degree of humidity in order to stay supple. The balance of the air can also slow certain chemical reactions, with inert argon being preferable for highly sensitive objects.

Many people think of storage as being an inert process, with the only key factors being that the space is kept cool and dry. While this is definitely true, the fragile nature of objects that may be hundreds or thousands of years old demands a light touch, and some real engineering know-how. Enlisting the experts to store your precious heirlooms safely could be the key to keeping them safe for centuries to come.

"So pleased with the product. Service was great, friendly team and amazingly quick installation!" 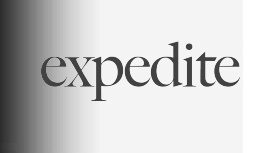